LIFE ON THE ROAD  - About a year ago I won - to my surprise - a rusty boxcar at an online auction. I used all of April and May fixing rust, and by mid-june I was ready to head south, to Germany for some planned concerts.
I was more or less gone till the end of October...going back and forth all the time would be too costly.
It was amazing to live out my old dream of living in a van, and I will never forget these days, but it's good to be home again.
A few months ago the car gave up on me, too expensive to repair (I've had no income since Oct.), and now I'm back to where I was before: the Railroad King, and I feel fine with this. Now I've tried it, lived the "wild life on the road".

NEU DARCHAU - It is always a challenge to find a good spot for the night when sleeping in a van. Often I just rambled from town to town (perhaps I can find a nicer spot nearby), and when night came I was so tired that I just gave up and parked whereever.
The next morning was always a surprise - I was either at an ancient castle ruin, on top of a mountain somewhere, all alone at a beautiful lake - or at a crowded parking lot! Also, when traveling by road you tend to get these kind of "fix-points" - places you just keep returning at. My spot was Neu Darchau, a village about 1 1/2 hours east of Hamburg, right where the Elb river once worked as the border between the old East and West Germany. It's just a village, nothing much happens, except for an annual week of cultural events happing in the whole area - full of "Wunderpunkte" (wonder-spots). I was there twice, during the period of the event, playing on their windy stage - and it was not really a favorite Wunderpunkt in my book. But now it seem to pull me like a magnet. It was peaceful, quiet, time stood still. Me, the Elb river and the tiny ferry Tania, crossing the river every five minutes. I've just made a song out of being at this magic little spot.

WWW - I played two concerts during the last five months, and there was no economic aid for guys like me from the Danish government - but I'm positive about the future. I have a bunch of new songs to sing and tell about.
Lately I did the big spring "internet-cleanup".
My Soundcloud and Myspace accounts are gone - my music is still to be found at Bandcamp and at my website, of course.
Today I've executed one of my two Facebook profiles - too much confusion having two places for everything.
And! I have created a "backstage area" at something called Patreon. It's a platform made for fans/music lovers to be able to support their favorite artists with small donations. In return they get access to a forum, made by the artist, with things like, for example, road stories, guitar lessons, new songs and more. It is new for me, and I keep adding new videos in there every week.
Now the days get brighter and longer, and before long I will be on the road...or tracks...again.
Hope to see you out there somewhere this summer. 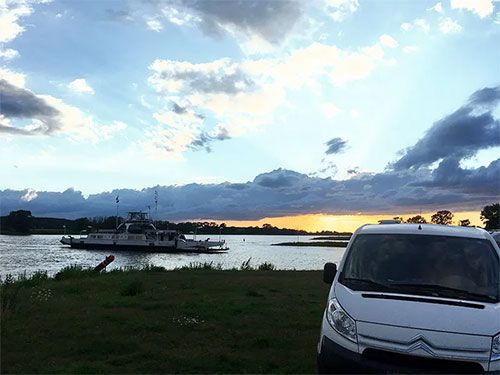