The last three months have been really busy here.
When I finally found myself having some space in between concerts, I set up two microphones and began recording - and now I have a solo album.
All songs have been recorded live at home, just like I wanted it. Right now they are in the hands of the one person I can fully rely on making my songs sound just like they should: my long-time friend Georg. He was the studio wizard in 2006, trying his best to get something decent out of the recordings of my first solo album (I did not know better and did not do a really good job back then), and in 2008 he spread his magic once again on my second album "In it for the Ride". In 2012 he was the co-everything behind "Stories" when I wished to create an album with a more hard, "in-your-face" kind of sound. He is so much more than just a sound engineer and he is, when putting together a new album, also my second pair of ears. He knows my songs, my stories, my forces and my weaknesses. He is a songwriter himself and an huge inspiration for me. I played drums in his band for many years, backing up his beautiful music.

I have no release date yet – I don't want to force this album. It is ready when it's ready. I aim for April, perhaps May. I will let you know.

Till then I hope we will meet out there. I really look forward to play you my songs and tell you some stories.

(At the Acoustic Winter Festival in Düsseldorf in January) 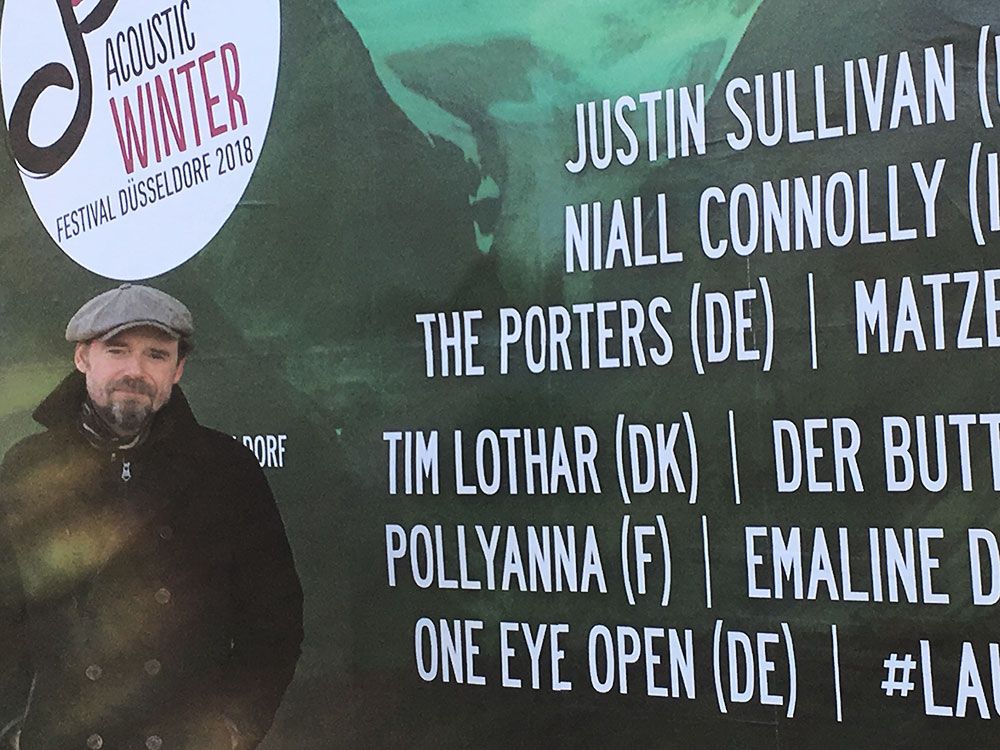